Over 12 months of preparation and planning it's finally time.

Monday 14th February 2011
One taxi, 4 airports and a shuttle bus we arrive at our destination, The Heritage, Christchurch, 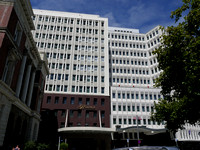 what a relaxing thought after being in transit for over 25 hours. Checked in and freshened up we head out to take a tour of the city by tram, taking in all the architecture beautiful scenery and colonial buildings. We saw at first hand the devastation caused by the 2010 earthquake. (Little did we know there was another one about to happen on the 22 February 2011 at around 12.50 pm Christchurch was struck by a 6.3 magnitude earthquake, this is a story in itself).

Whilst we were touring the city we stopped of and had lunch at the Clarendon, food was exquisite, we chose the following from the menu, Groper Fish with Chorizo and Potato, Chicken Caesar Salad and of course a few beers and wines were at hand, just to help wash the food down. During the evening we ventured out and found ourselves in a nice Irish Bar think it may have been The Bog ? not 100% sure, I remember that it had a lot of Antarctica memorabilia on the walls. Had a few beers in here and a bacon sandwich with chips was a very nice evening.

Just a few photos of Christchurch 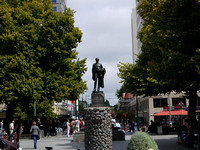 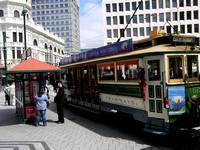 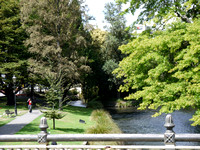 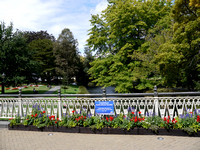 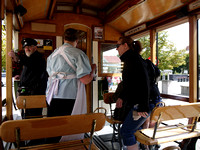 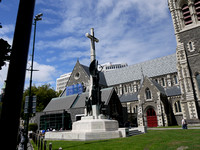 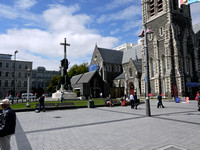 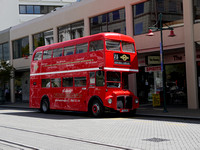 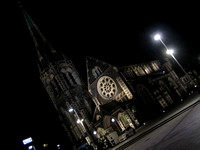 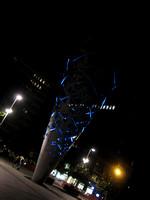 Tuesday 15th February 2011
Up early and out for breakfast at Drexel's Restaurant that was some good food too Full English and Eggs Benedict,

before hoping into a taxi to collect our motorhome a Mercedes Spirit 2 Berth from Maui rental for the adventure to begin. After spending a few hours sorting details etc we were loaded and on our way, first stop super market groceries, beer and wine a must have. First campsite destination is Dunedin (Dun-Edin). Travelling South from Christchurch picking up the SH1 (State Highway 1) for approximately 364 km, 5 hours 30 mins depending on stops and traffic. Scenery is just breathtaking every where you look. We probably arrived in Dunedin around 16.30 checked ourselves into the campsite and got parked up for the night. Upon check-in  we managed to pick up a discount card for use on various items and places very useful and everyone is so friendly.

Meal for the evening was Steak, Salad and Potatoes. Steak was cooked on the BBQ which just pulled out from the side of the motorhome, 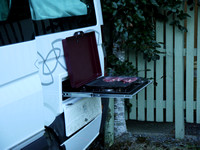 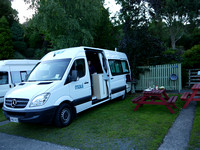 outside table set bottle of wine and some beers what more could you ask for.

Wednesday 16th February
Not such an early start today, we have a few things planned before moving on, a slow drive along the coastal road up to the Albatross centre. 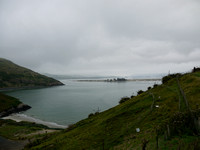 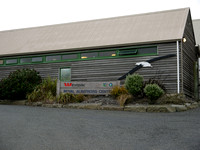 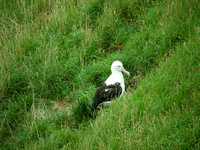 Managed to see few of the Albatross's feeding their young. They have a wing span of some 2 to 3.4 metres and live up to 50 years. From here we move on to the West Coast and such a beautiful drive.

Part 2 will be added soon.