Part 2 moving on to the West Coast.

A nice steady drive starting out on SH1 and picking up SH94, 288 kms 3 hours 55 mins Dunedin to Te Anau taking in all the wonderful scenery on the way, it's pretty mind blowing big open country side long empty roads a dream.

The sun was shinning skies were blue when we arrived at the campsite in Te Anau, think it must have been around lunch time. 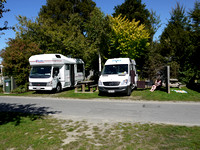 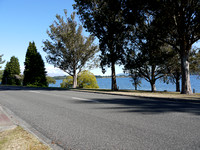 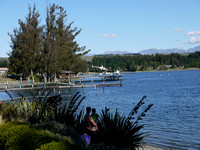 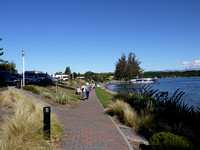 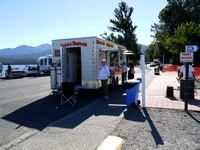 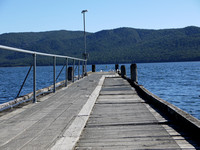 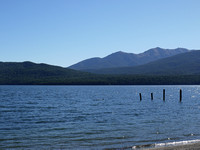 What a beautiful day slow stroll around the town, a rest sitting and looking across the vast lake and large views, all this whilst tucking into a seafood takeaway Fresh Calamari from the mobile van. Later in the afternoon we venture out to a local bar for, oh yes a cold beer well deserved and needed. What a great country we are in and so blessed for being here a fantastic experience if you get the chance to do it.

Early morning start as we head out on a day trip to Milford Sound (Road Trip) although the day did not start off that good as I managed to get one of these. 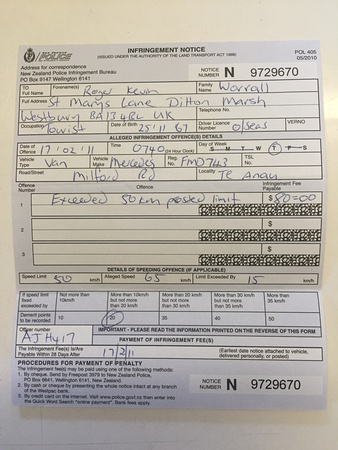 yes a  speeding ticket (bad boy lol) and of course I paid it when I got home.! enough of this back to the road trip. Heading on after my encounter and a poorly wife to my side we travel on State Highway 94 to the Fiordland National Park, Milford Sound. Again the scenery mountainous roads are all just mesmerizing. On the way to Milford sound you have to go through the Homer Tunnel, the tunnel is straight and was originally single-lane and gravel-surfaced. The tunnel walls remain unlined granite. The east portal end is at 945 m elevation; the tunnel runs 1270 m at approximately a 1:10 gradient down to the western portal.Until it was sealed and enlarged it was the longest gravel-surfaced tunnel in the world. You really need to google this one just to see it.!!
Here is a few I took on our return to Te Anau. 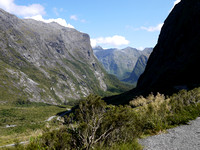 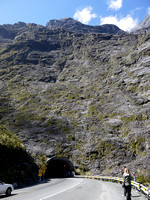 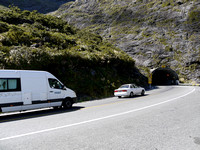 On arrival and parking at Milford sound the wife had taken a turn for the worst, full of cold and just wanted to go home. It's was probably the worst cold I have ever seen her have, which thanks to a lovely American lady on the same flight had managed to pass it on to her through her unhygienic behavior on the flight.(Again that's another story). Anyway she curled herself up int he back of the motorhome and went to sleep leaving me to explore and wander aimlessly around this wonderful National Park. 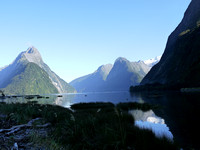 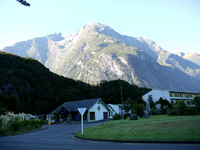 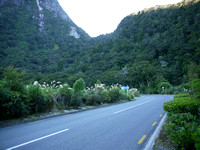 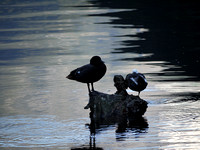 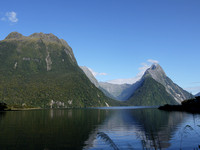 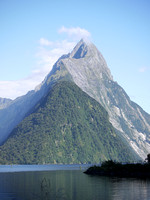 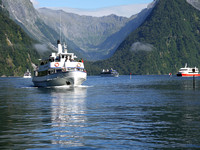 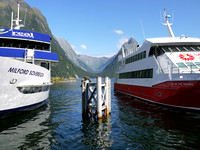 It's a real shame the wife never got to see any of this the few pictures here don't really do it justice the tranquility and landscape views are amazing. I spent a while just sitting at the end of a jetty taking in all of it's charm and beautiful surroundings.

On my return to the motorhome, whilst walking across a foot bridge I saw a Crested Penguin now I knew if I was to use the flash on my camera it would be scared and make a hasty retreat so I quickly took a picture without flash but the results were very poor, I rushed to much to try and get the shot, I noticed a crowd of tourist coming down the road with children and this was only going to mean one thing, lots of cameras and flashes hence why I tried to rush it. The penguin was over the edge of the foot bridge. 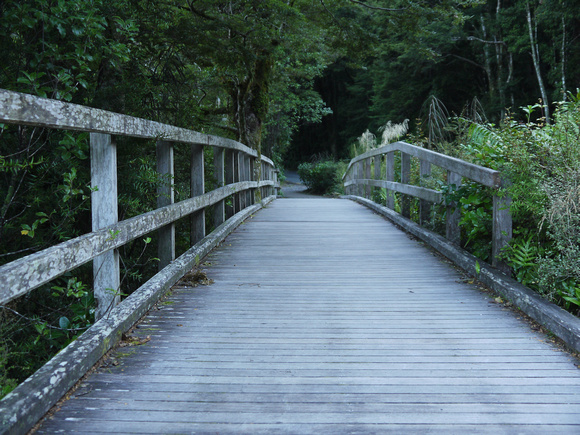 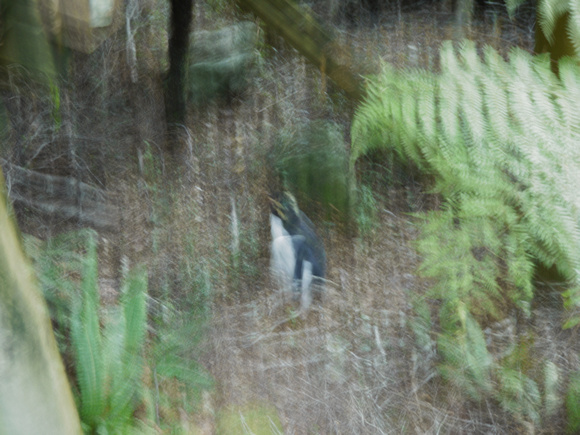 Although I suppose you could say it's a nice abstract shot :-). Back in the motorhome and start the return to Te Anau for one more night get the wife dosed up on flu medicine to try and clear the cold she has. Here are a few photos of the return journey back through the Homer Tunnel and along SH94. 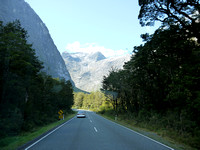 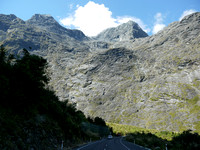 Part 3 of this wonderful trip will be added at the end of March.

Moving on up the West Coast to Franz Jozef.

Hope your liking my travel blog be sure to comment if you wish.